How Do You Stay Connected To Your Family?

An order form for my maternal grandparent’s market in Toronto, Ontario, Canada circa 1920.

What do you do to stay connected?

Would your grandparents and parents have checked the same responses? Would yours match your children’s?

What would you risk to care for someone you love?

Technological advancements have changed the way we communicate. Computers evolved during World War Two and academics and scientists were early users of the Internet. By the 1980’s, personal computers were common and the World Wide Web was online. The barriers that geographical distance and different time zones imposed on previous generations have been eliminated. Communication is easier and being able to stay in touch has changed family dynamics.

Would Skype have changed family dynamics?

Like all military families, the parents of my late father, Arnold Joseph Perry, cherished the letters he wrote them during World War Two.

The Inheritance is set primarily in Cetraro, Calabria, southern Italy during 1897 to 1913; a time when long-distance communication depended on letters and telegrams.

As Part Two begins, Lorenzo Marino is returning by train to Cetraro from Florence, Italy where he’d been attending a school selected by his father the past four years. Santo controls his nineteen-year-old son who seems enraptured with a new life and an exciting group of friends. Lorenzo hadn’t been home or seen his mother, Anna, during this time but they’d exchanged letters. Anna had suffered a stroke while he’d been away and due to lingering weakness in her right arm, Padre Valentine had written hers. Lorenzo’s father and the priest had assured him that his mother had otherwise fully recovered; an explanation that he accepted.

Everything changed a week prior to Lorenzo’s leaving Florence, however, when he received an anonymous letter on his mother’s stationery written in a style different from hers with a message urging him to come home. Given his mother’s inability to write, Lorenzo’s suspicion that something was amiss prompts him to leave his studies without his teacher’s knowledge or father’s approval.

2). What if there’d been Internet Cafes in Cetraro and Florence where Lorenzo could e-mail his mother without his father’s knowledge?

3). What if Lorenzo and his mother had been able to communicate via Skype while he was in Florence?

4).Would Santo’s control over his son and the situation remain the same?

5). Given the different conditions modern technology would create, how would this scenario change?

We are the same in a different time

Regardless of era or place or culture, people have always wanted to stay in touch with those they love. Our need to stay connected with family and friends is a kinship we share. Technological advances have made it easier for our generation and, for this, I am grateful.

How have technological advancements changed your family dynamics? I’d welcome your comments.

My photographs illustrate past and present modes of communication. I hope you enjoy them. 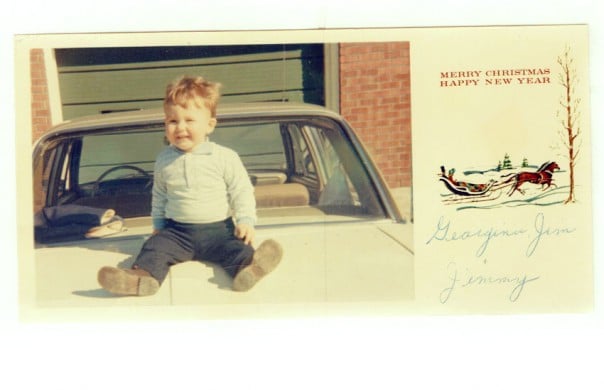 A holiday greeting card from family living in another city circa 1969. 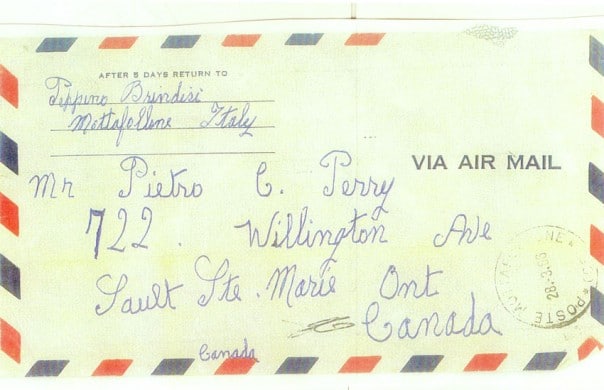