A group of men share laughter in one of the Cinque Terre villages in Liguria, northwest Italy. 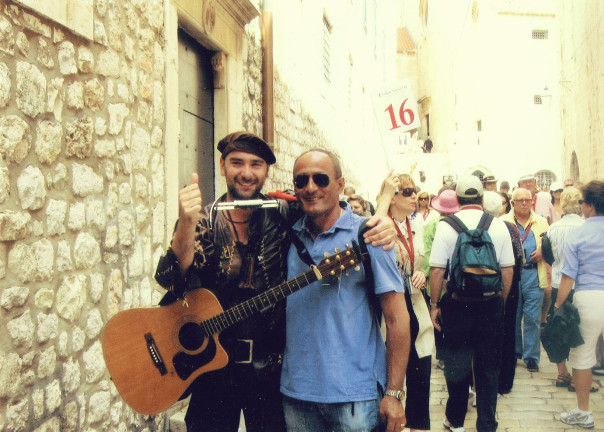 This musician in Dubrovnik, Croatia seemed pleased his friend watched his performance.

Match the brothers with their achievement.

Brothers have made significant contributions throughout history. There is an answer key at the end of this blog.

What connects you to your siblings?

Sibling relationships represent a complicated family dynamic. Brothers and sisters are not always compatible and they may have a stronger attachment to one parent; nevertheless, most learn to co-exist within the family unit. Sometimes, however, this proves beyond reach and all these siblings have in common is blood.

The Inheritance examines the brother relationship through Anna and Santo Marino’s sons: Caesare, Benito and Lorenzo. The novel is set in Calabria, southern Italy from 1897 to 1913 but the issues explored remain relevant today.

Where this chess club meets every week in Rome, Italy!

Inseparable from the start

In chapter one, Santo has returned from another business trip. His sons, Caesare (9) and Benito (8) accompanied him but Lorenzo (3) stayed at home with Anna. Caesare and Benito share athleticism and a yen for adventure since birth. Lorenzo is timid and his brothers come to ridicule his preference for scholarly activities. Like their father, Caesare and Benito are skilled swimmers and horsemen. Lorenzo’s fear of these pursuits, however, represents another trait they deride. Caesare and Benito’s loyalty to each other and devotion to their father is clear from the start as is their uneasy relationship with Lorenzo.

Did you have a strong connection to a particular sibling?

Affairs of the heart are complicated

Santo and Anna want a close relationship with their children; albeit for different reasons. Santo intends to involve his sons in his business; a responsibility Caesare and Benito embrace. The brothers love their mother but their natural compatibility with their father and his increasing hold on their activities minimize their time together.

Anna’s attachment to Caesare and Benito reflects a mother’s love. Their growing indifference disturbs her yet her efforts to change things are futile.

Lorenzo’s natural affiliation is with his mother as he shares her artistic talent and a physical resemblance. Santo is determined to meld him to be like his older brothers; an objective Caesare and Benito support, Lorenzo resists and Anna vows to scuttle.

Why can’t relationships be easy?

An altercation occurs when Lorenzo is ten whereby Caesare (16) viciously ridicules his fear of horses. Benito (15) intercedes, reprimands him for bullying their brother then chastises Lorenzo for berating Caesare’s inferior intellectual abilities. The incident gives insight into Benito and Lorenzo’s character that blurs the alliance and separation of earlier chapters. Relationships are complicated and this is an example of the miasma of emotions that exist among the brothers.

What roles did the siblings in your family play? Was one cast as the peacemaker between the two constantly at odds?

The brewing schism within the Marino family becomes apparent within the introductory chapters of The Inheritance. The brother’s different personalities, conflicting loyalties and opposing allegiances define their family dynamic and foreshadow future conflicts.

Would you have picked your siblings for friends? I’d welcome your comments.
Answer Key: 1-d; 2-e; 3-a; 4-c; 5-b.
My photographs capture scenarios between men from my travels. I hope you enjoy them. 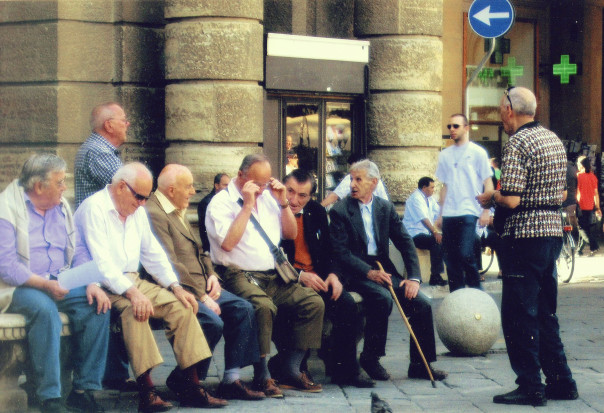 Why are these men in Florence, Italy looking at the man adjusting his eyeglasses?

An animated conversation in a piazza in Florence, Italy. 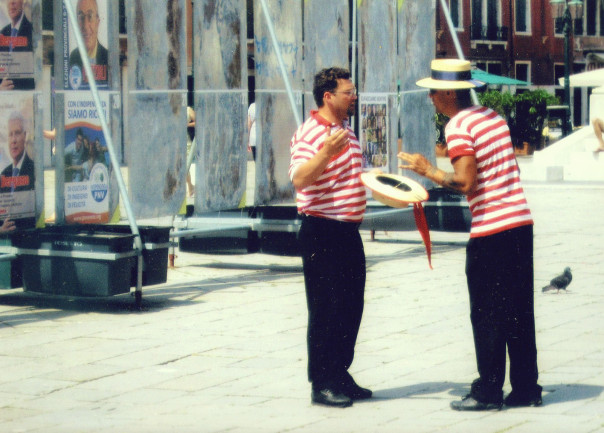 What are these gondoliers in Venice, Italy arguing about?