Calabria is @240km/150miles long and 32km/20miles at its narrowest. Cetraro is near The Pollino National Park.

What setting would you choose for a novel that:

a). explores family dynamics, conflicting loyalties, social norms and gender roles within a privileged family and the peasants who work on their large estate

b). examines life during 1897 to 1913 in a region subject to earthquakes where superstition and religion battled for control of its people, jobs were scare, land reforms incomplete and large scale immigration underway

Select one of the following:

The Inheritance was inspired by genealogical research to solve Calabrian family mysteries. It is fiction threaded with fact and an authentic setting was integral to making the story believable. A novel occurring in any of the aforementioned places could explore the first set of issues but only Cetraro, Calabria, southern Italy would also be suitable for the second, which pertains specifically to The Inheritance.

The Normans once controlled southern Italy and the 16th century Rienzo Tower near Cetraro was part of the defensive system.

What can you learn from genealogical research?

How has genealogical research impacted your life?

My Calabrian paternal grandmother was my genealogical research starting point and I planned to set my novel in her birthplace of Cosenza Province, Calabria during 1897 to 1913; the period of time she lived in the region before immigrating to North America. My grandmother was from Mottafollone, a mountain village near the Tyrrhenian Coast and I needed to find a place just right for my story.

What has genealogical research inspired you to do? 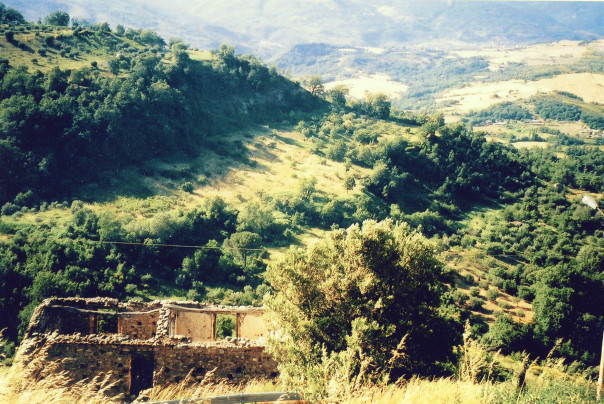 Eggplants, figs and chestnuts are Calabrian staples and Cetraro’s local markets are popular.

How genealogical research led me to Cetraro

As I learned more about my grandmother’s early life in Calabria, I garnered knowledge about the region. Foreign powers valued Southern Italy’s location and its history is characterized by continuous conflicts, ongoing class struggles, successive invasions and control by various factions. The region is mountainous, subject to earthquakes and has minimal agricultural land. Industrial development is concentrated in the north and Calabria relies primarily on fishing and tourism. There are no cultural cities like Rome or Florence but the Cedri Riviera, a series of towns on the northern Tyrrhenian coastline, is becoming increasingly popular. Cetraro, an old fishing village, is here with Praia a Mare to the north and Paola, the south; more importantly, however, it is about 28km/20 miles from Mottafollone.

Cetraro was perfect for The Inheritance. I went to Calabria in 2004 for genealogical research and to explore Italy further.

What places have you discovered from genealogical research? I’d welcome your comments.

I hope you enjoy my photographs of Cetraro.

A five hour train ride from Naples, Cetraro’s centro storico is 600 feet above the coast and visible in the background. 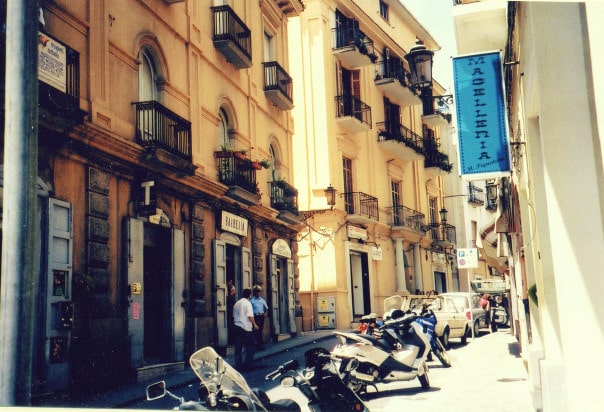 Calabria has an 800km/500mile coastline and no place is further than 50km/30 miles from the sea.