This was as close as I got to mules people ride at Grand National Park, Arizona, USA. 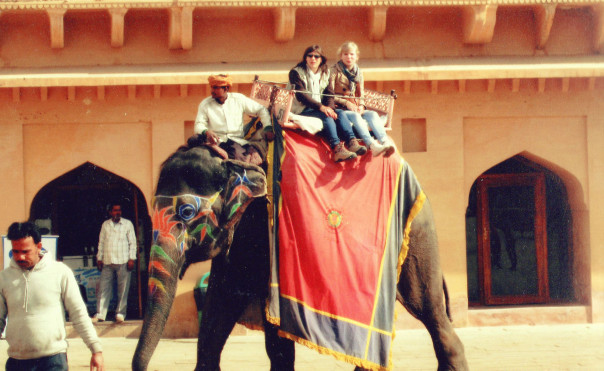 Wished I’d had time for an elephant ride while visiting the Amber Fort in Jaipur, India.

Are the following True or False?

1). Wolves are related to dogs.
2). Wolves live in groups called packs.
3). Wolves feed on deer and moose and rarely attack people.
4). Wolf pups are born blind and deaf.
5). Wolves have a keen sense of smell and hearing.

Animals play an integral role in The Inheritance and a wolf named Shadow is particularly important. There is an answer key at the end of this blog.

An Arabian stallion or old workhorse?

Horses represented primary transportation during the time of The Inheritance. In 1892, for example, a horse-drawn cab takes Santo Marino to Central Station in Naples, Italy.

Animals also show traditions of the period. When Anna Marino dies in 1913, for example, a horse-drawn wagon carries her coffin in a funeral procession to the gravesite.

There was no way I’d ride a mule down these mountain trails at Grand Canyon National Park, Arizona, USA.

Mules, the offspring of male donkeys and female horses, are sturdy and sure-footed. The animals can withstand more rugged conditions and weather variations than horses and were used in Europe until the advent of the automobile. In The Inheritance, mules are a metaphor for Calabria’s tough living conditions and resilient people. The animal is also intrinsic to storyline.

Edoardo, Caterina’s father, decides to visit relatives in Reggio di Calabria before they immigrate to North America without Santo’s approval. Bruno, his friend and the Villa San Michelle cook, entreats the mule he’ll be riding to be careful given Edoardo’s failing eyesight and the narrow coastal rode. The scene advances the plot and creates foreboding as to Edoardo’s fate.

Have you ever had a special pet?

Why would a wolf exhibit unnatural behaviour?

Did Shadow sense Caterina was in danger?

Was this the reason for his actions?

Caterina considers Francesca her sister and also regards Shadow as family. She is determined to have a life not limited by gender or class and when she and Lorenzo decide to move to Florence, she insists Francesca and Shadow accompany them. Once again, questions arise.

Was a wolf living in Florence a plausible scenario?

If not, would Caterina choose to leave the animal behind?

If so, what would happen to Shadow?

Could Shadow return to the wild?

As the end of the novel approaches, Shadow’s fate becomes uncertain and suspense builds as to whether or not other parts of Caterina’s plans might unravel.

How did pets impact your family dynamics? I’d welcome your comments.

Answer Key: All statements are true.

I hope you enjoy my photographs. 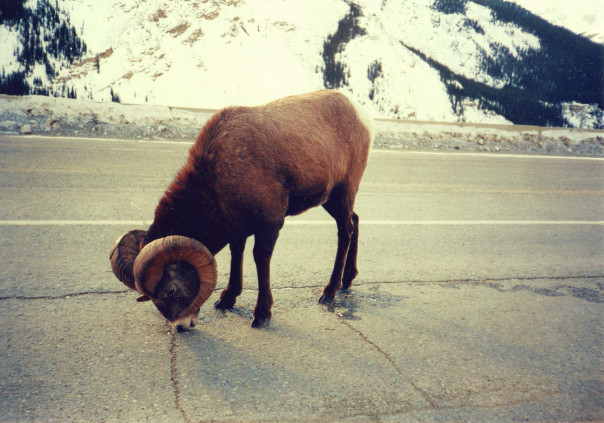 Like mules, Bighorn Sheep in Canada’s Rocky Mountains are also sturdy and sure-footed.

Though distantly related to the wolf, the fox is smaller and lives a solitary existence.

This Florence, Italy scene reminded me of horse-drawn wagons used by peasants on the Villa San Michelle Estate.